May 18th marked an important step in the Italian pandemic course.

This is it, this is Italy entering a real phase two after "phase 1.5" started after the May 4th decree. It’s hasn’t been very long between May 4th and now but there’s been lots of progress.

As has been the case since the start of the COVID-19 emergency, not all regions are in the same situation. That has caused, along with the different political colors of part of the regional governors – friction between the government led by Prime Minister Giuseppe Conte and some regions. They found a compromise starting last Monday: regions can issue guidelines different than the ones issued centrally, but they are accountable for their decisions. They have to report back their cases and the central government can impose its hierarchy if numbers go over a certain benchmark. To better understand the situation consider that public health is a central government matter but that hospitals are under the regions. We have all learned of Lombardy's disastrous handling of the emergency and the untimely political back-and-forth with Conte. [read more]

The tour exceeded my expectations. When Beppe and I discussed the tour almost 2 years ago and discussed the various elements we wanted in the tour: gravel roads in Tuscany, riding with with friends, wine tasting great food, hot springs, flexibility in riding capacity it was all in there. 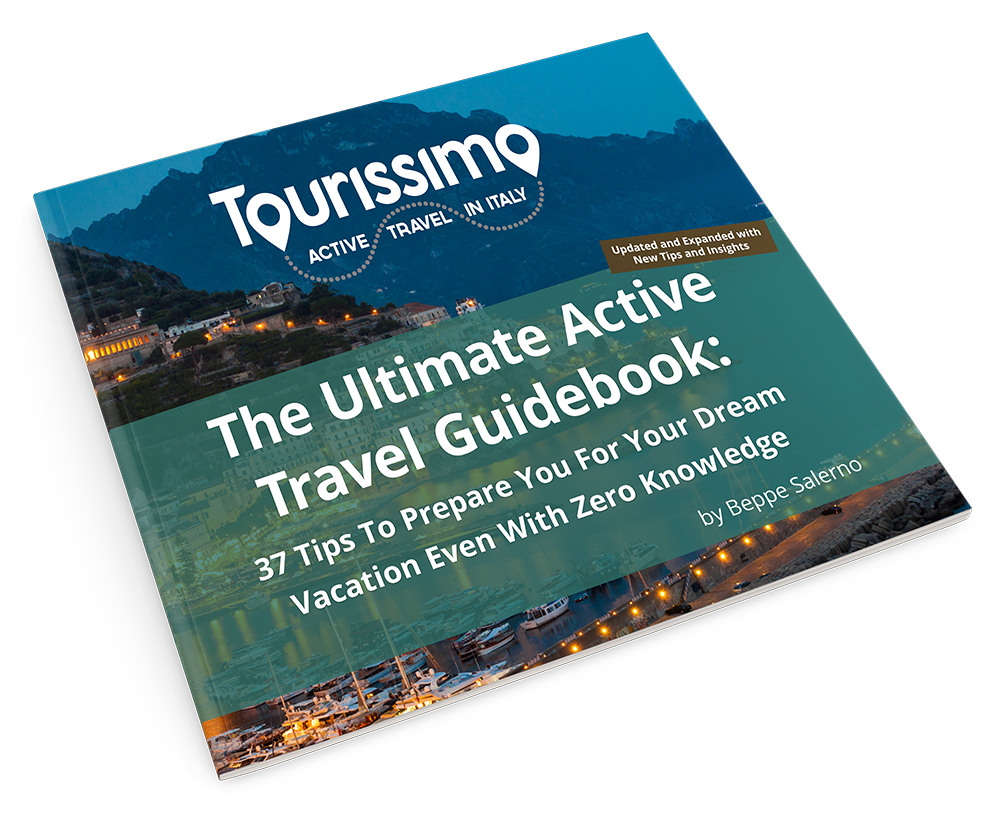 Learn how to have an exciting and fun active travel vacation in Italy. You’ll also save time and money on your holiday with these 37 tips from the Italy experts at Tourissimo.

Get your copy now!

This tour was a great way for me to be introduced to cycling, while also challenging myself. I loved the integration of food/ cycling for this tour as it allowed me to be more immersed in the culture and more immersed in the views. I saw the country in a different lens (due to the cycling aspect) and I will certainly do this again!

You guys did an amazing job planning. I felt like I didn't have to lift a finger with my luggage, my bikes, etc... The food was INCREDIBLE. I am so happy to have eaten at so many awesome places that I would not have been able to find on my own.