This unforgettable cycling holiday in Italy takes you from the rugged northern shores of Lake Garda to timeless Venice, with many fascinating and charming sites and towns along the way. Enjoy gentle riding along bike paths and country roads as you take in the natural wonders of Northern Italy and a climate that goes from alpine to mediterranean.

Sample local delicacies and savor the elegant red wine of the Valpolicella production area. All of this and much more await you on this tour! At 32 miles long and about 10.5 miles wide, Lake Garda is Italy's largest lake and was formed by a glacier 1.5 million years ago. From the rocky cliffs above the northern shoreline (at the foot of the Dolomites) to the lovely beaches dominating the southern shore, you’ll get to enjoy this diverse and breathtaking landscape from both land and water.

From Sirmione, your cycling route follows scenic bike paths with many opportunities to taste local wines, artisanal products, and traditional, mouth-watering recipes. You’ll get to appreciate the slow-paced lifestyle of well-preserved small and mid-sized towns. We’ll spend two nights in Verona and we are sure you will fall in love with its charming, culturally-dense city center.

Continuing by bike you will follow the Po River Valley, alongside canals, through fields cultivated with fruit and vines, and over hills with plenty of time in between to stop and see the sights along the way, such as hidden gems like the riverside villages of Valeggio sul Mincio and Borghetto.

An easygoing and quiet route leads you to the Venetian Lagoon, situated on the Adriatic Sea in an enclosed bay. While the city of Venice is located there, the lagoon is comprised of so much more. We’ll visit the barrier island of Pallestrina and eventually make it to Chioggia, which offers canals and character without the crowds.

Not sure if you can do it? Contact us to schedule a call about how demanding the rides are or about reserving and e-bike.

All in all, we had the holiday of a lifetime and wouldn’t hesitate in going on another. 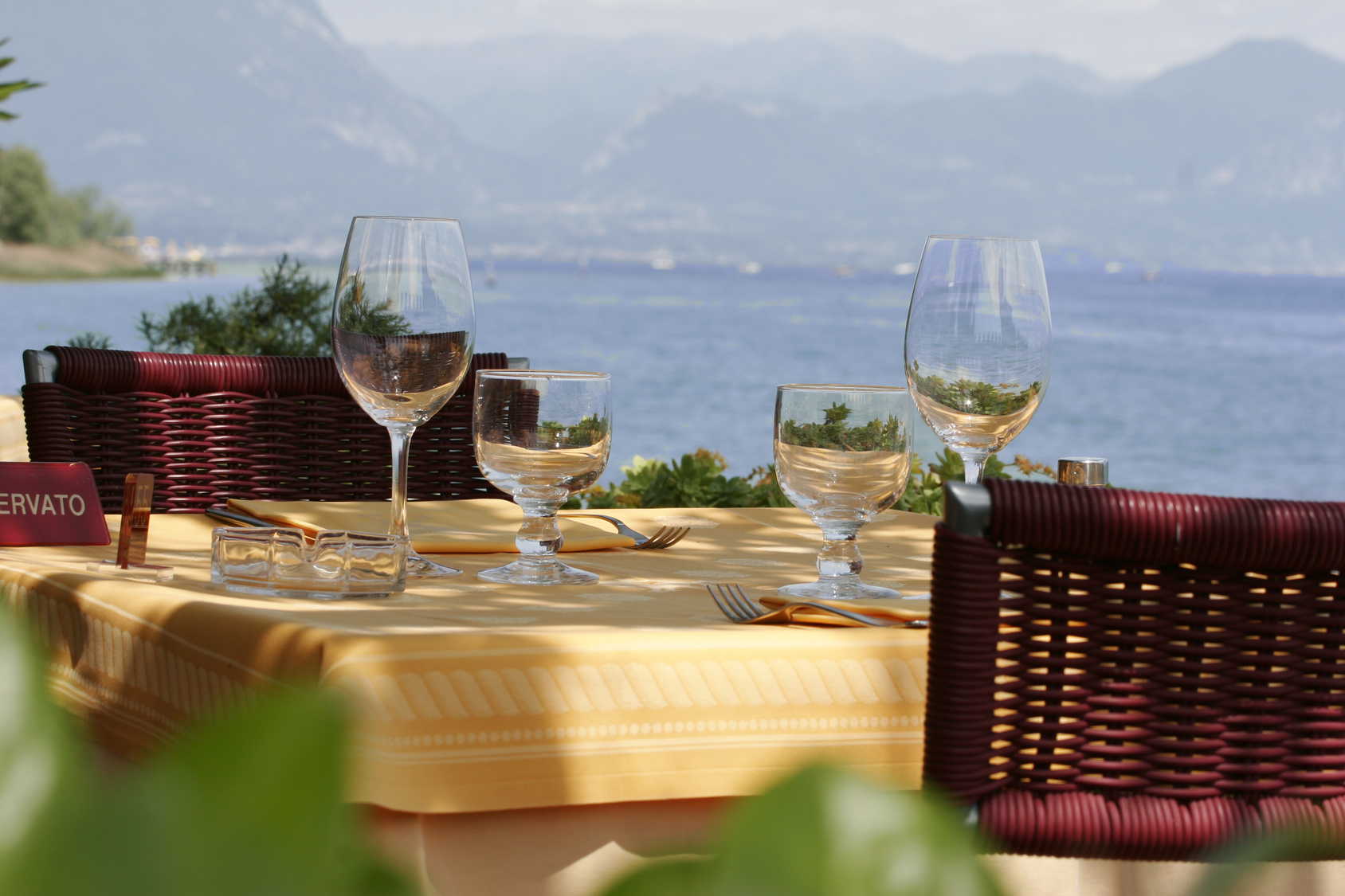 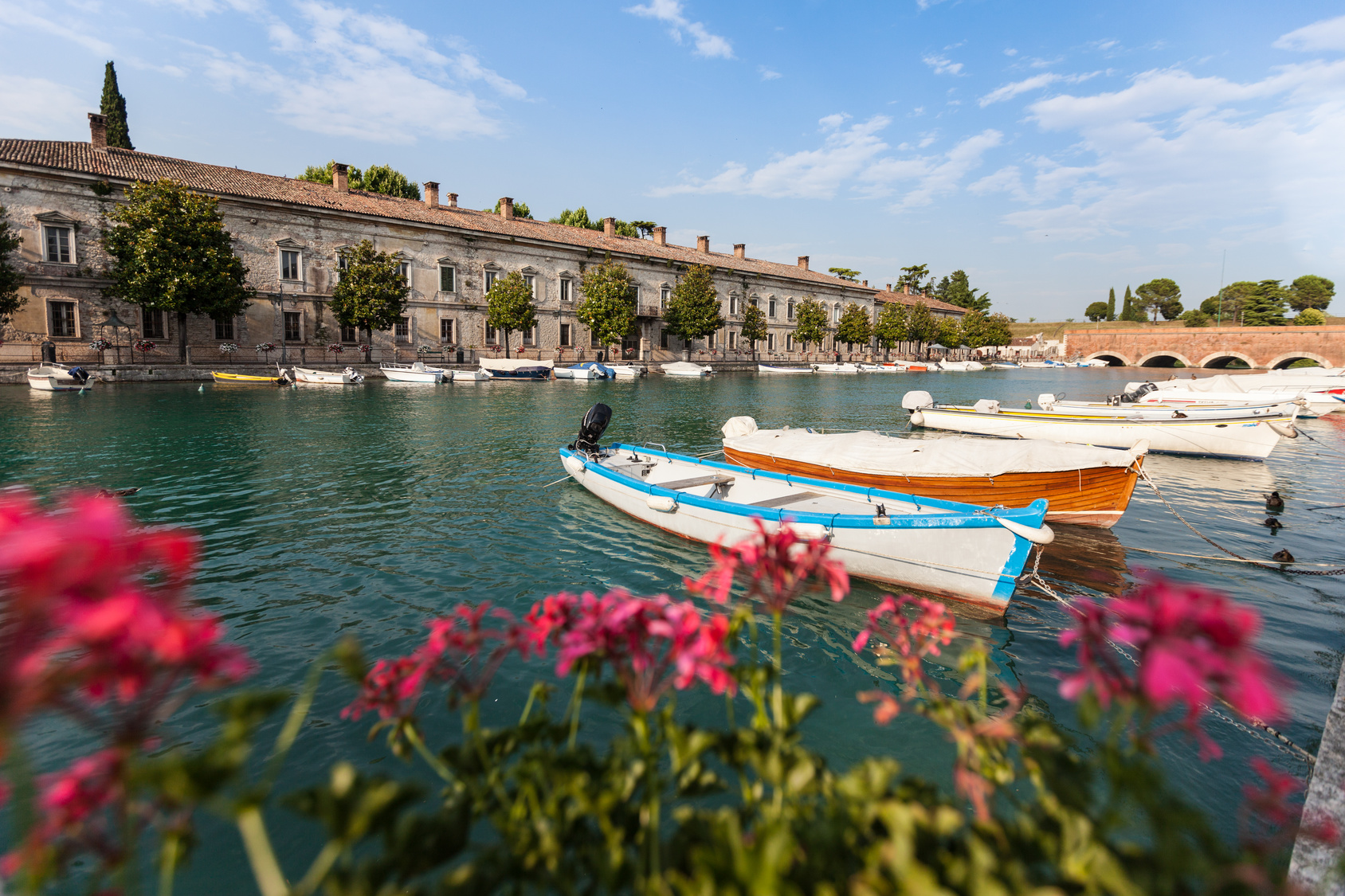 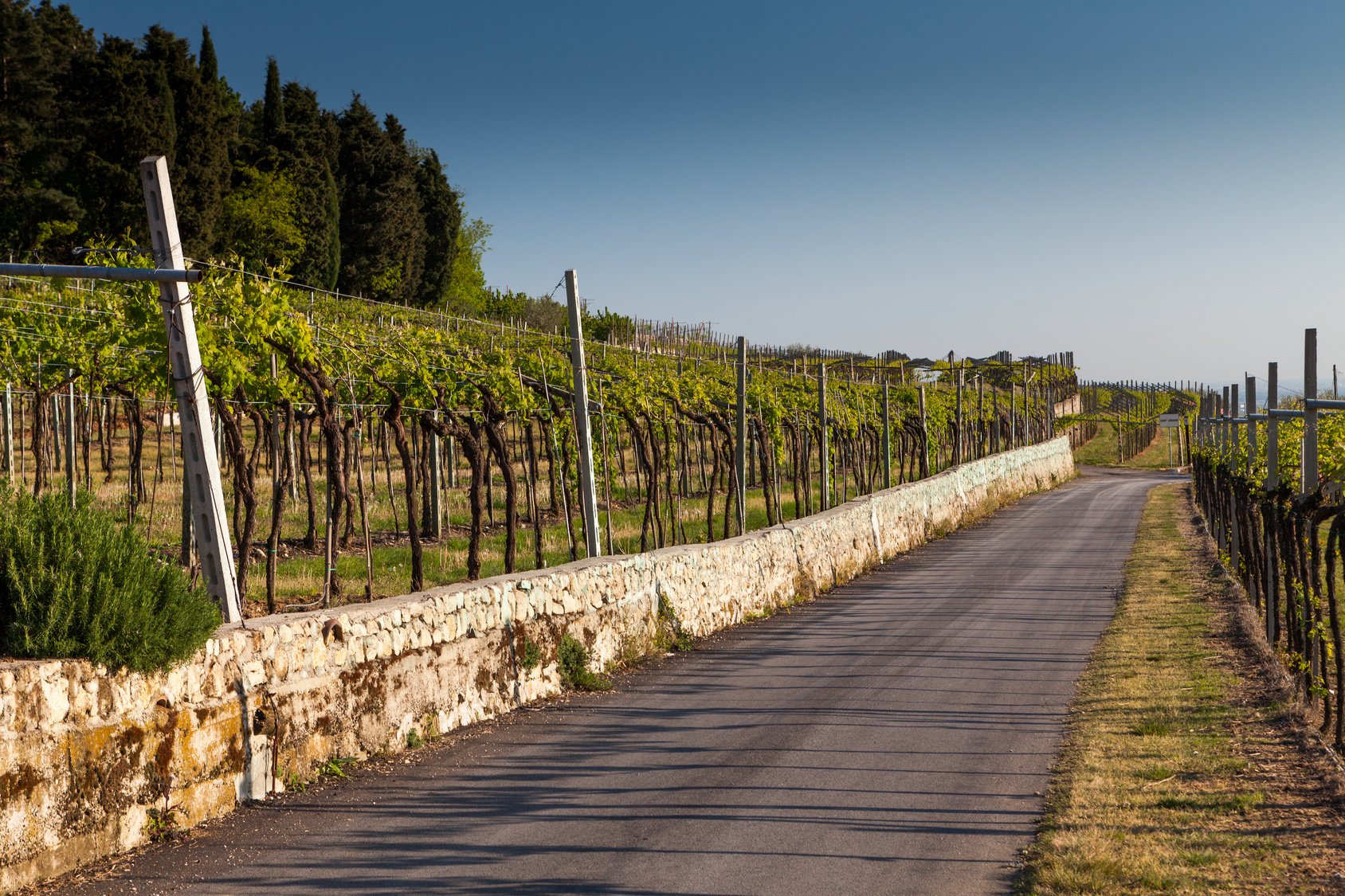 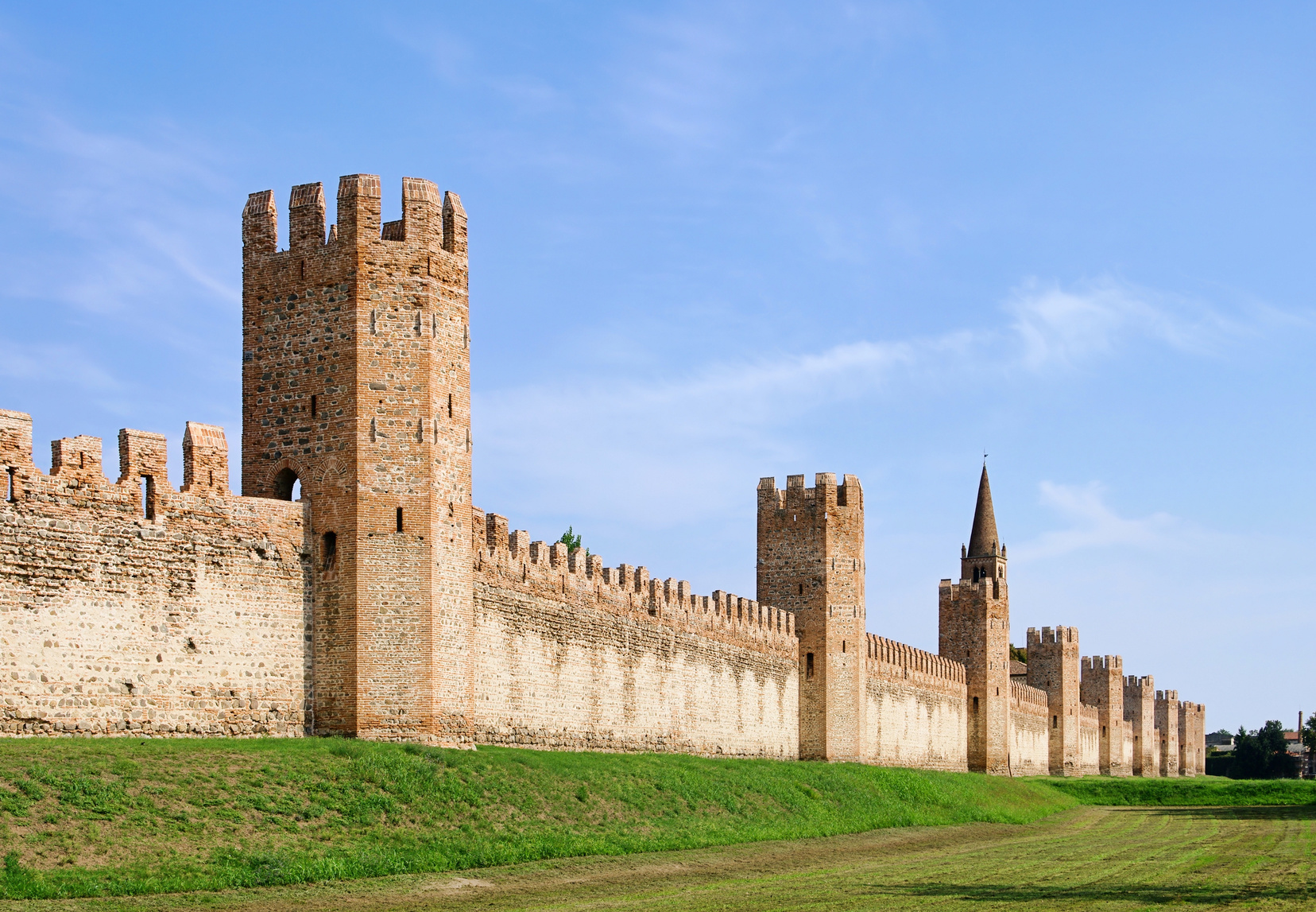 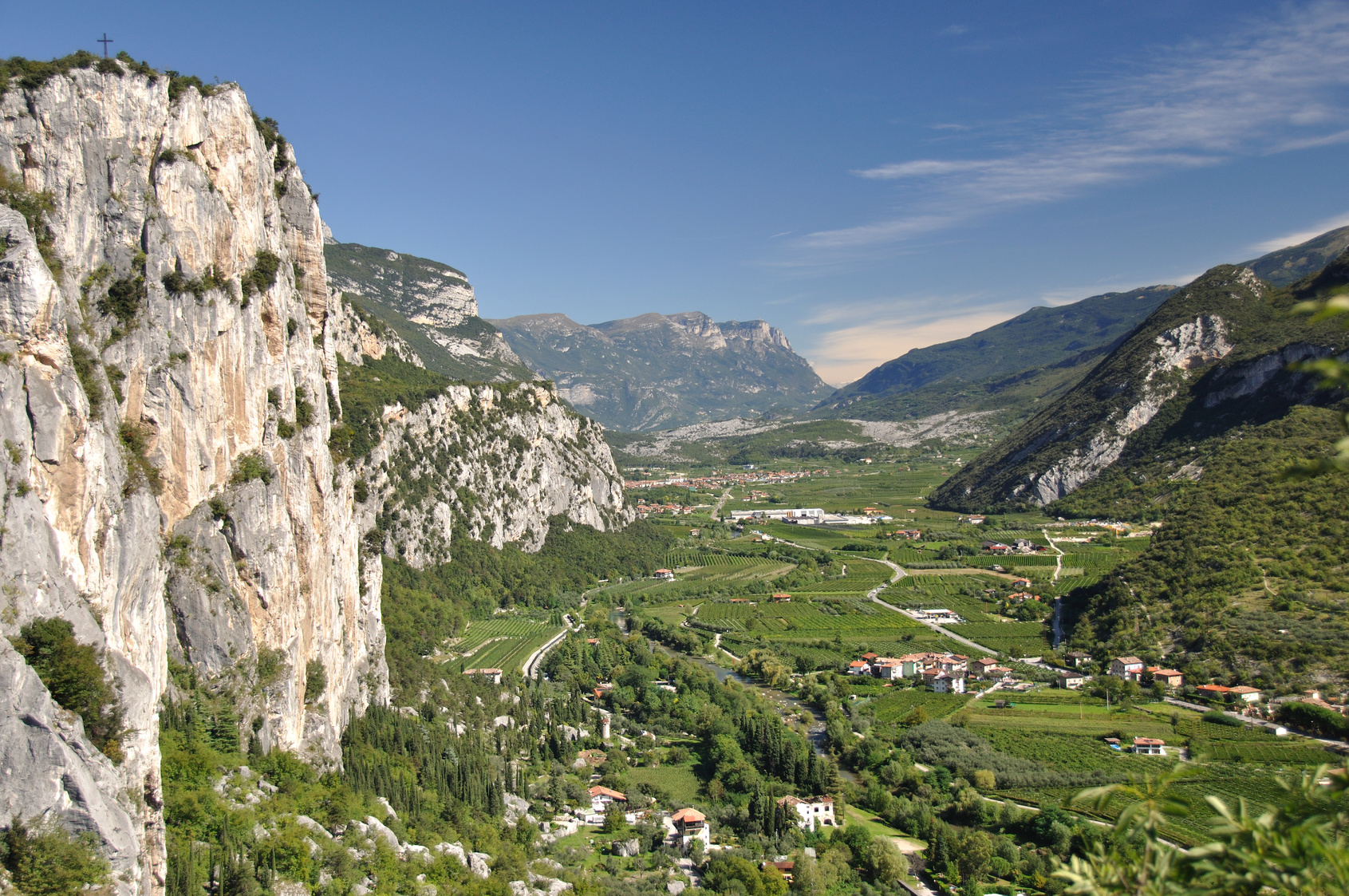 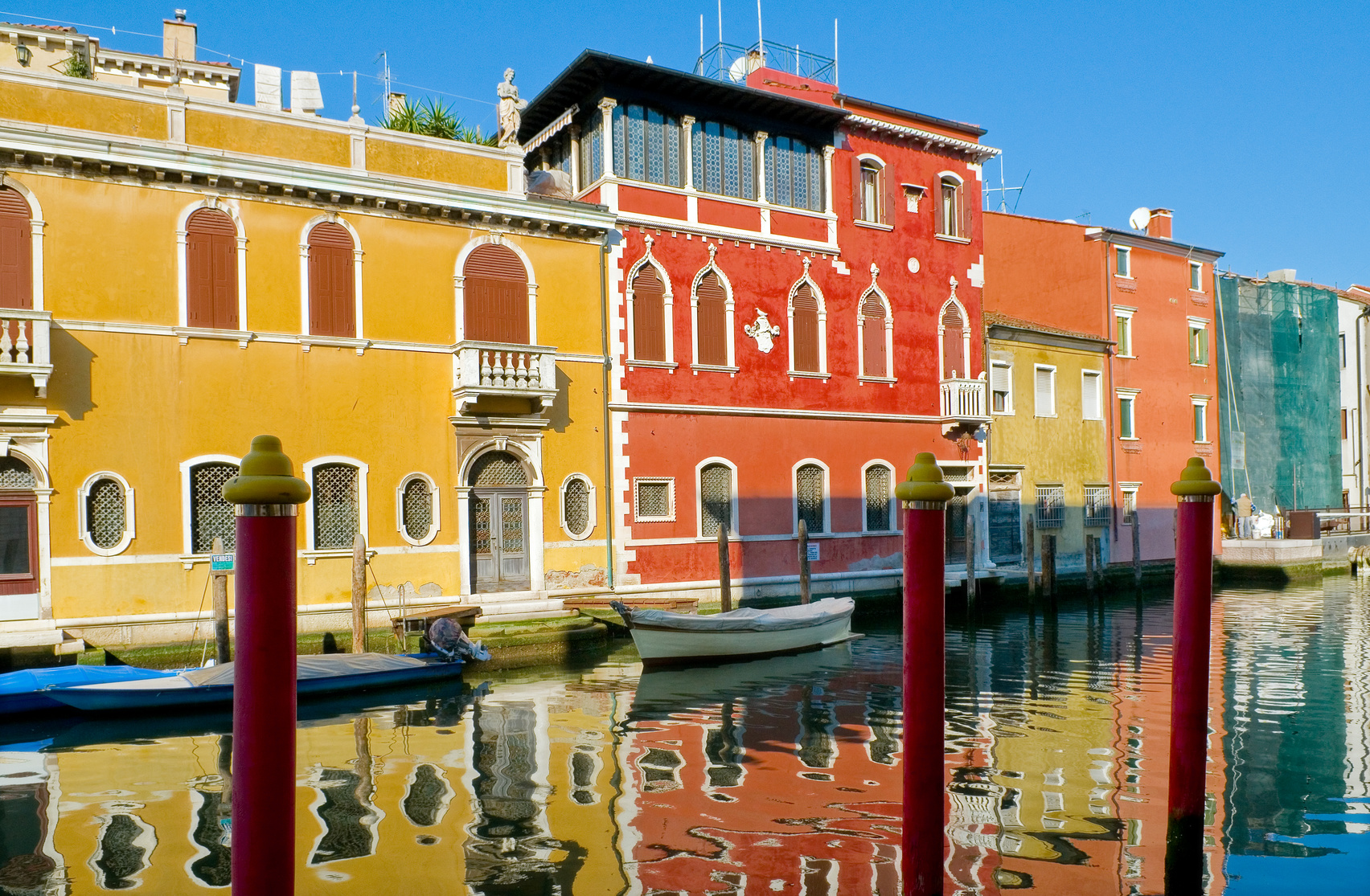 After an airport we arrive at our hotel in Riva, a hospitable lakeside resort. We’ll enjoy a light lunch, make introductions and go over the details of the tour. After there will be a bike fitting and warmup ride, part of which will be along the brand-new Lake Garda Bike Path along the lake. Spend the afternoon at the hotel’s spa, lounging by the pool, or at the beach.

A full day exploring the beautiful vineyards, fruit groves and mirror-like lakes with dramatic rock on either side of you the whole way. Ride through the outstanding Sarca Valley, surrounded by imposing limestone mountains. The Sarca is one of the major rivers in Trentino fed by springs in the Adamello mountain complex and it flows into Lake Garda along a pristine valley. Its course is now protected by the Sarca River Park. Stopping in Pietramurata, you will try some wine and indulge in some local specialties. On the way back]we'll stop in beautiful Arco, famous for its castle and Roman bridge.

The day starts with a cruise on Lake Garda all the way down to Sirmione, located on a peninsula that extends into the lake on its southern shore. Sirmione was once a famous Roman spa. After a cappuccino by the promenade, you will ride to Borghetto and Valeggio that founded near an old ford on the river Mincio, less than 6 miles from Lake Garda. Valeggio is renowned for its tortellini. The “Love Knots” (the famous tortellini di Valeggio), strictly home-made with very thin dough and a meat filling, are our main dish for lunch. They are linked to an old legend, which you will learn more about during this memorable lunch. The history of this area is written in the bloody conflicts of the past (it was situated along the Lombard border) and in the fortresses which still dot the countryside. After the afternoon ride will lead you to Verona, the city of Romeo and Juliet, with Renaissance palaces and a Roman arena.

Today is your day to spend as you like. You will have time to enjoy a stroll through this remarkable Renaissance city named as a World Heritage Site by UNESCO. We will offer an optional ride with departure after lunch that will take you through beautiful farmland. Val Pollicella is a hilly area that has been famous for growing grapes since ancient Roman days. We’ll take you to discover magnificent hills, characterized by artificial terraces made of stone, where the characteristic vines of the area are grown alongside cherries and olives. The Valpolicella area, defined as ",” is the old traditional winemaking area and has fertile soil in a full, lush landscape, and was once described as “The Garden of Verona." A tasting and explanation of Amarone and other famous local wines will be part of today's adventure. Even if you don't plan to ride today we'll arrange for you to join the wine tasting.

You will leave Verona and ride along the banks of the Adige River. This interesting route, mostly a bike path on hard-packed dirt roads and canal embankments, allows for a relaxing ride surrounded by orchards and vineyards. The Adige River bike path is seeing more and more bike tourism and that has prompted the local administration to further develop the great infrastructure. The Adige is the second longest river in Italy after the Po, rising into the Alps in the province of South Tyrol near the Italian border with Austria and Switzerland, flowing 410 kilometers through most of northeast Italy to the Adriatic Sea. Montagnana, our destination, is a beautiful and peaceful medieval walled city, and its fortifications and walls are well-preserved. In fact, it is said that the medieval walls of Montagnana are some of the most well-preserved in Europe. Montagnana was also the birthplace of two of the most famous opera tenors from the 20th century: Giovanni Martinelli and Aureliano Pertile who, interestingly, were both born there in 1885.

Today’s route reaches Padua after passing through the towns of Este and Arquà Petrarca. The ride is mostly along the banks of canals that surround a sparse group of hills. Arquà Petrarca is on the list of Most Beautiful Villages of Italy, and you can visit the small city center on your own before carrying on. A short, optional detour leads to the bikeway that loops around the city walls and touches the Euganei hills. Padua is a city characterized by complex town planning dating back to Roman times but that evolved during the Middle Ages. A stroll to admire the local architectural landmarks and to watch will precede a memorable dinner of regional dishes.

[fa icon="plus"] Day 7
Padua - Chioggia - 28 mls - Flat
You will ride through more beautiful landscapes, past regal mansions, following canals and natural reserves until you reach the outskirts of…Venice! Ride around the lagoon and reach Chioggia by ferry. Lunch is planned at a fisherman’s trattoria on Pellestrina, an elongated island that forms a barrier between the southern Venetian Lagoon and the Adriatic Sea. This overlooked “Venetian” site will charm you with colorful houses facing the lagoon, gardens in bloom, and sandy beaches frequented only by the locals. Chioggia is situated on a small island at the southern entrance to the Venetian Lagoon (just across from Pellestrina) and it’s a miniature version of Venice, with a few canals and the characteristic narrow streets known as calli. It’s one of our favorite places and we are excited to show you around. We are sure that you won’t miss the Venice crowds as you appreciate Chioggia’s still authentic charm. Enjoy the sunset and the fresh seafood and handmade pasta during our celebratory dinner.
[fa icon="plus"] Day 8
After breakfast, unless you are extending your stay, a transfer will be arranged to the Venice airport. Contact us for optional extensions to this tour.

• All accommodations in 4 star hotels and one 3 star hotel 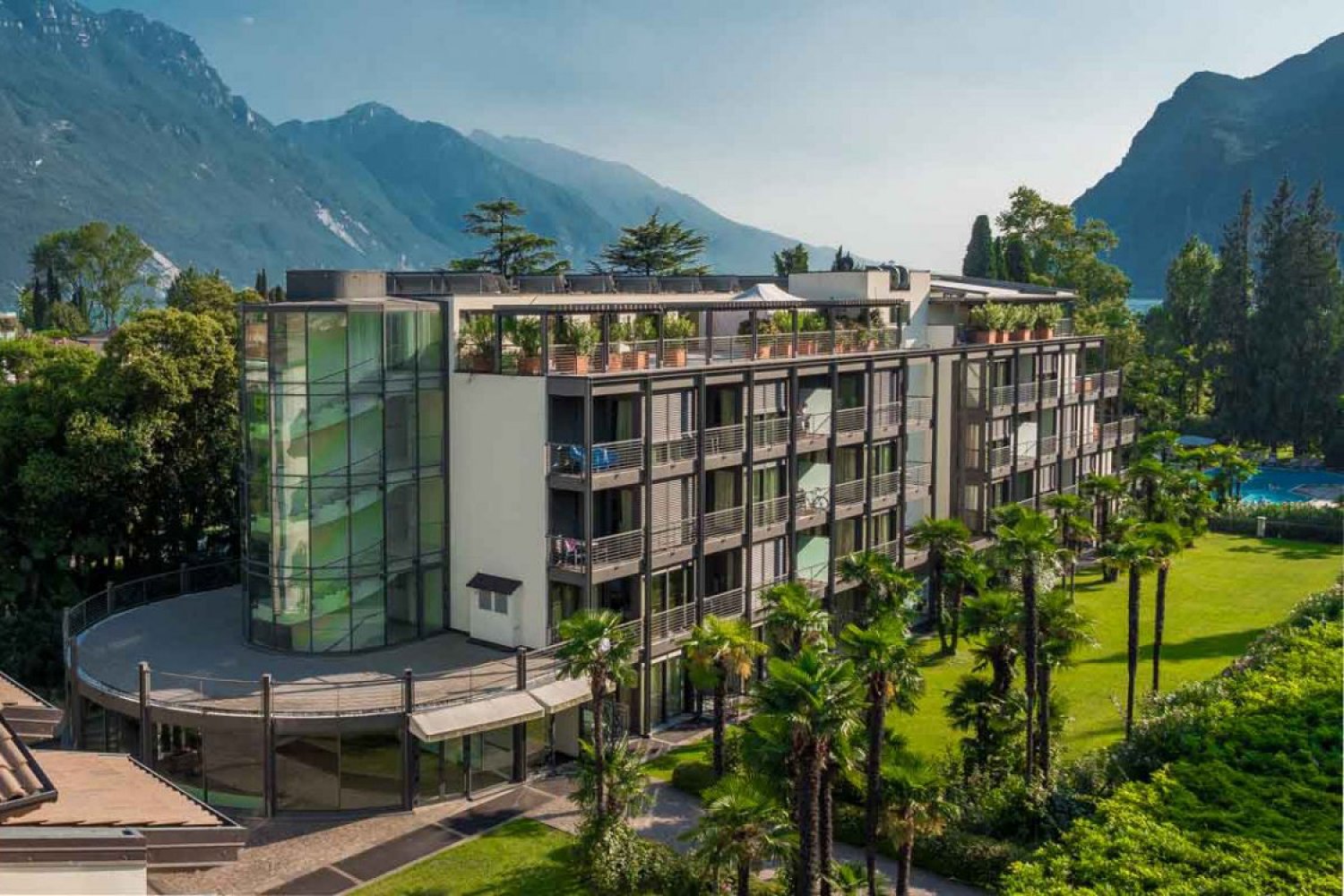 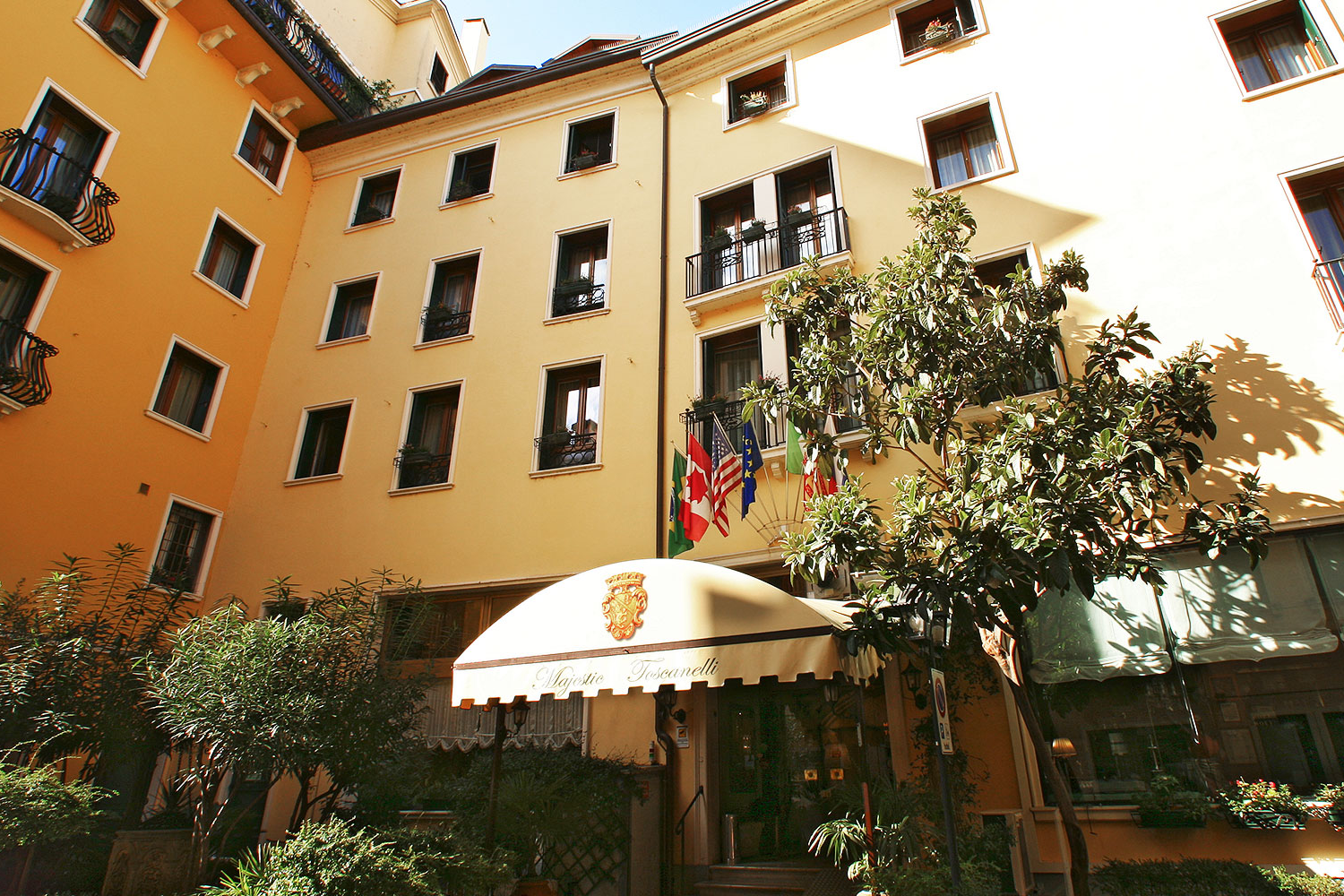 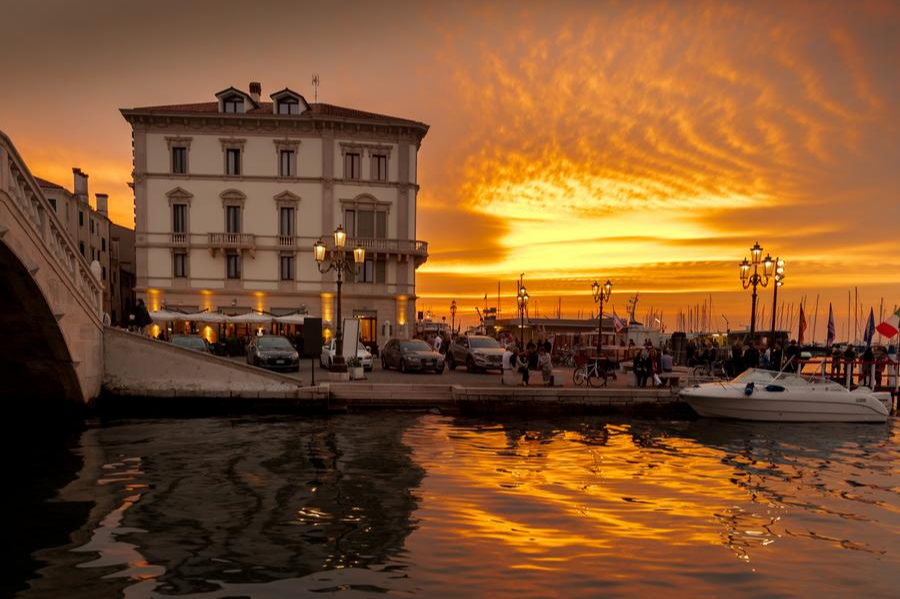 There are not many Italian regions that can boast the territorial variety of Veneto, a richness that is reflected in a long series of typical products, recipes, and aromas of the different facets of this region.
From the Dolomites-influenced Lake Garda to the beaches of the Adriatic coast, from the gentle slopes of the hills of Valpolicella to the fertile plains crossed by rivers, you will get in touch with the different flavors of the region and discover the delicious dishes that come with it. The range of food and wine offered in the Veneto region enhances the pleasure of small things by combining simple and genuine products with new and ancient traditions.
Every province in the region is proud of its delicious specialties and of its famous, quality wine along with a deep love of the earth shared by the people of Veneto. Many fundamental ingredients of the local cuisine are derived from cultural and social factors that have influenced the region over the centuries: potatoes, wheat, corn (an essential element, especially in its most well-known form of polenta), and rice (of which the IGP Vialone Nano Veronese is the most famous). Do not forget the infinite variety of seasonal vegetables, with seven products protected by labels of geographical indication. Main dishes from Lake Garda to the Adriatic Sea are often based on freshwater and saltwater fish and also meat, game or livestock which is boiled, braised, “pan-cooked’” marinated or stuffed. Meat and fish have given rise to some of the most popular Venetian dishes, such as Venetian liver, sardines in sauce, creamed codfish, “polenta and osei.” fried “moeche” and many more. Special mention in the fresh pasta section to the tortellini di Valeggio. It is practically impossible to mention all the delicacies of Veneto, but some in particular should be cited: Asiago and Morlacco del Grappa cheeses, Vicentina soppressa salami, pasta dishes including Bigoli, “pasta e fasioi” and ”rice and peas” and, to finish with a touch of sweetness, two cornerstones of world-known pastry-making: tiramisu and pandoro. In addition to food, Veneto produces some of the most famous wines in the world, including Valpolicella Amarone, Bianco Custoza, Soave Recioto, Torcolato Breganze and Conegliano Valdobbiadene Prosecco DOCG.