Marostica: The City of Chess

Every two years, the town of Marostica (about an hour's drive from Venice) puts on a spectacular chess show with living pieces and much more.

Marostica is a small town located in the province of Vicenza in the Veneto region of Northern Italy. It is known as the "City of Chess" for its elaborate, spectacular live chess game played by hundreds of people dressed in medieval costumes: ladies, knights on horseback, chess figures, dancers, jugglers, musicians and comedians. 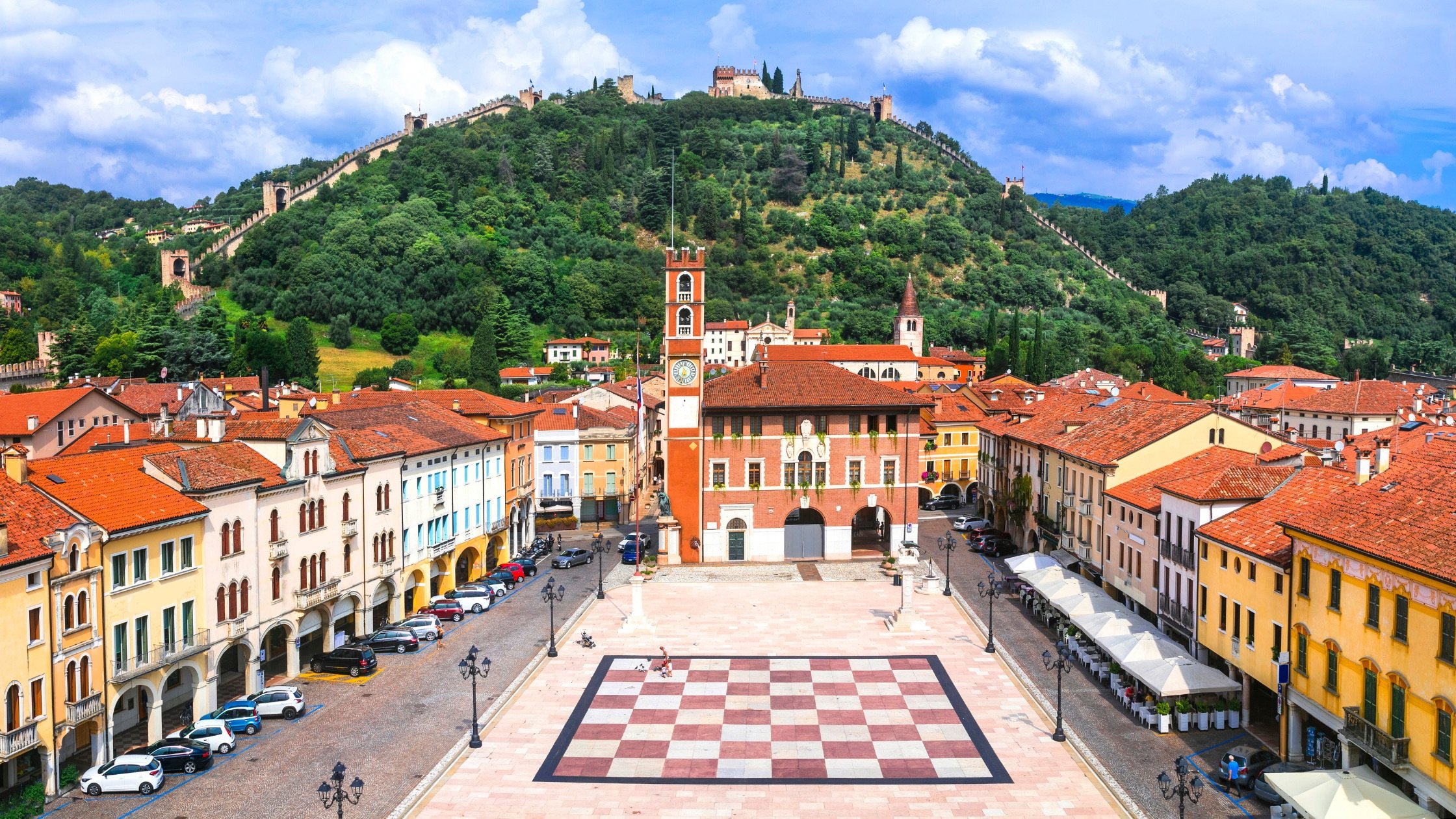 The show is a reenactment of a story written in 1923 by Mirko Vucetich and Francesco Pozza, set in the year 1454.

Taddeo Parisio, who was the lord of Marostica, had a beautiful daughter named Lionora. She had won the affection of two knights in Taddeo's service who were also both family friends, Rinaldo D’Angarano and Vieri da Vallonara. Their rivalry for her love was so intense that they challenged each other to a duel.

Lord Parisio did not want to lose either of his knights (or to cause too much drama among the families) , so he came up with a different idea: a game of chess would determine who would have his daughter's hand in marriage.

The winner of the match would marry Lionora, while the loser would still become part of the family by marrying the lord's sister, Oldrada.

This was no ordinary chess game. It was turned into a major event for the town to enjoy.

The match should have taken place on the square in front of the Lower Castle on a feast-day with armed living person carrying the noble ensigns of Whites and Blacks, in the presence of the Lord, his noble daughter, the Lords of Angarano and Vallonara, the noble court and the entire population.  He also decided the challenge had be honored by a performance of armed men, foot soldiers and knights, with fireworks, dances and sounds. So the armed men entered the field: archers and halberdiers, foot-soldiers and knights, then the Lord and his noble court with an anxious Lionora, who is secretly in love with one of the two rivals, her faithful nurse, noblemen and their ladies, the herald, the master of arms, falconers, pageboys, maidens, standard holders, musicians, farmers; the Whites and the Blacks with their kings and queens, rooks and knights, bishops and pawns. Then fireworks and music according to the Lord's orders.  This event is repeated today just like the first time, in a framework of sumptuous customs, multi-color banners, martial parades, exquisite elegance.

While the story is legend, the spectacle of chess matches with living pieces has a long history in Marostica. The matches were halted due to the first World War, and after that Marostica was a relatively poor town. Many inhabitants had gone overseas (a large portion to Brazil) to find work. The wealth of the town began to grow after the second World War and by the 1950's there was interest in bringing the live event back. They succeeded in 1954, and every two years since then the town has staged the living chess match, with plenty of pomp and circumstance. 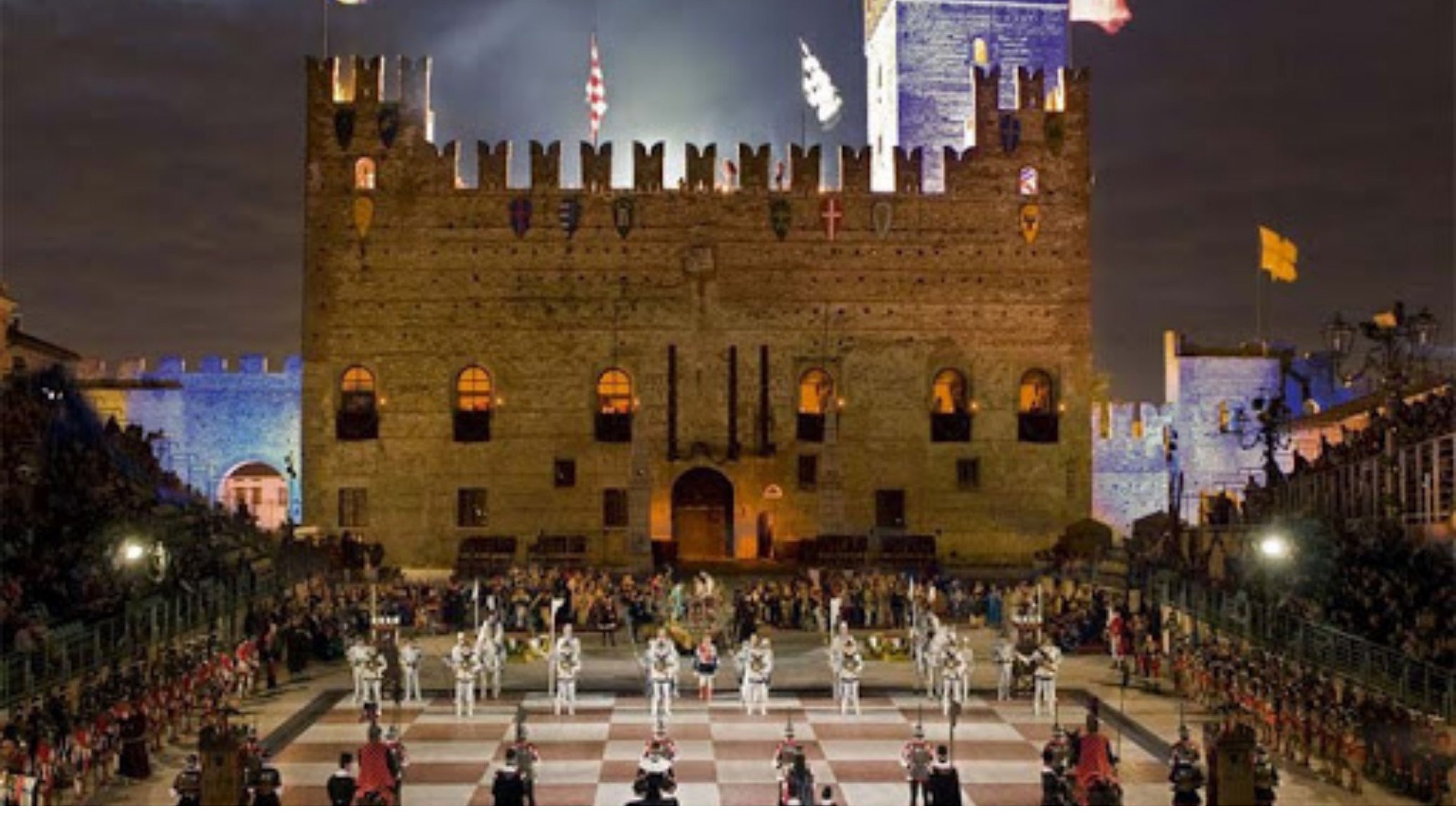 The game begins once the sun sets and archers in the towers of the castle shoot flaming arrows down to the edges of the chess board, bringing the chessboard to life in a burst of flames. Other than the main event, there are parades, period dances, music, and fireworks, recreating the Renaissance.

The event takes place in the main plaza, Piazza Castello, which is named for the castle in the square that is the backdrop for the match. The plaza is also popularly known as Piazza degli Scacchi, meaning Chess Plaza.

The legend does not give the moves of the game (and I have not been able to track down who the original winner was), so in the reenactment they play out real games from the past that have at least 16 moves are are about 20 minutes long.

The event was canceled in 2020 because of the Covid-19 pandemic. It was supposed be held in an odd year for the first time in September of 2021 but was again canceled and will resume in 2022.

You can visit Marostica on our Grappa and Prosecco Cycling Tour. 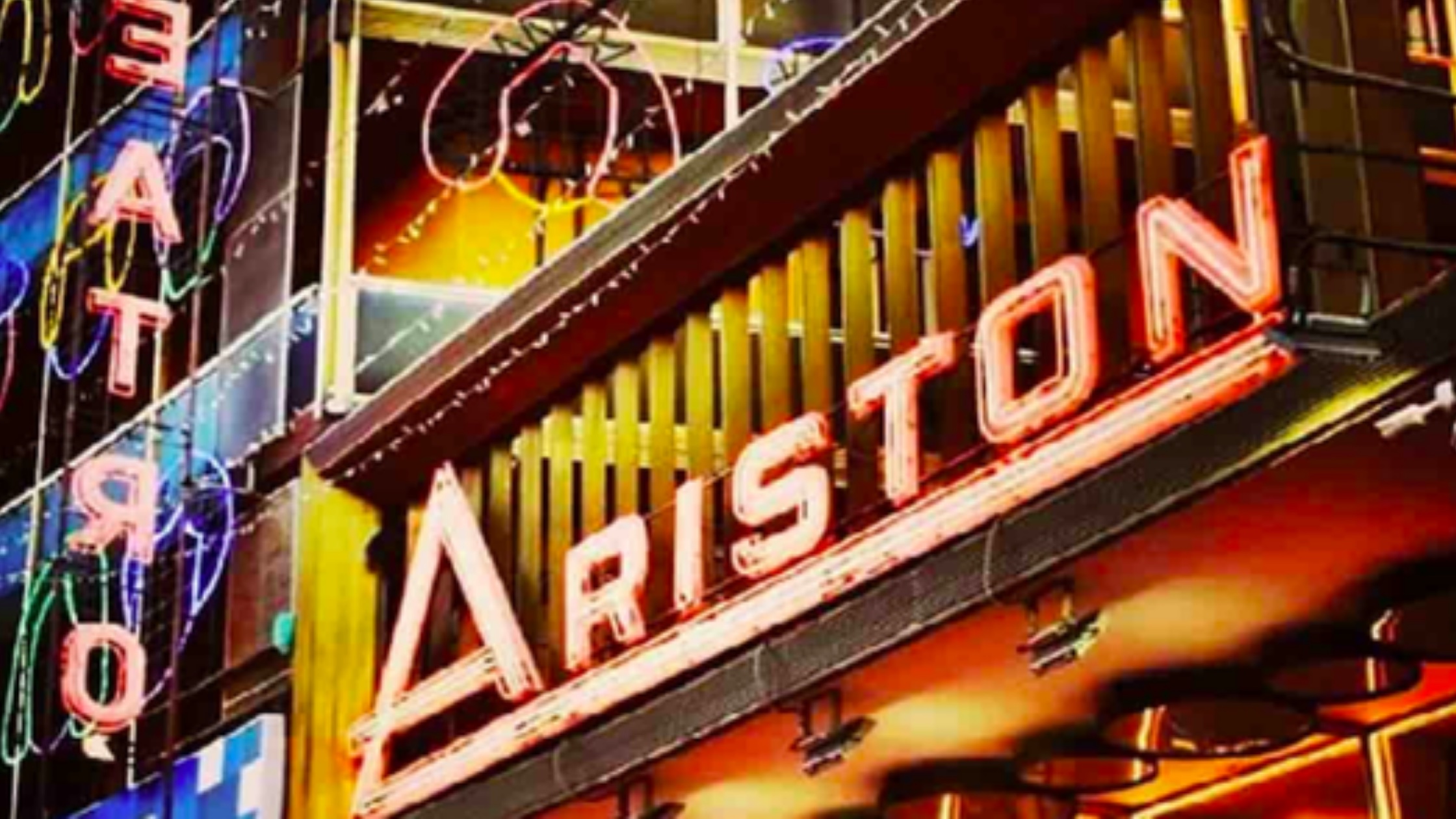