The Giro d’Italia has witnessed Italy change geographically, politically, and socioeconomically since its inception in 1907. All Italians and cycling fans around the world discover (and re-discover) Italy year after year thanks to the Giro. It’s always been that way.

The 2020 Giro was a memorable one for sure, and we are looking back at the route to highlight some of our favorite places through which the race passed and that we also visit on our tours. 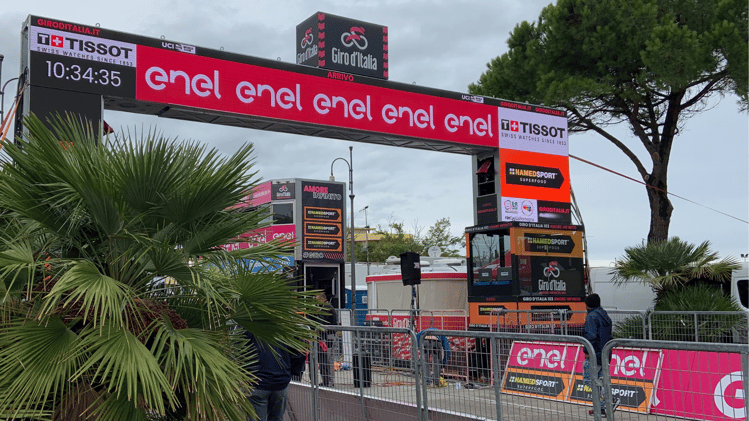 First through the radio waves and newspapers, then through television, and now through multi-media broadcasting we learn and dream of those destinations crossed by the riders and the Giro caravan.

While watching the Giro d’Italia stage after stage (in 2020 I have spare time and a flexible schedule) and while reading the Spectator Guide, I could recognize many places that we visit on Tourissimo tours. Perhaps, you have been on our tours that cross the same places and you were pleased to recognized familiar towns and roads.

Here are some more of the 27 places from the 2020 Giro d’Italia where Tourissimo travels to and plans to return. I skim through them and I link Tourissimo's tours that correspond to those areas. If you missed last week's blog, be sure to check it out to read about some more of our favorite places. 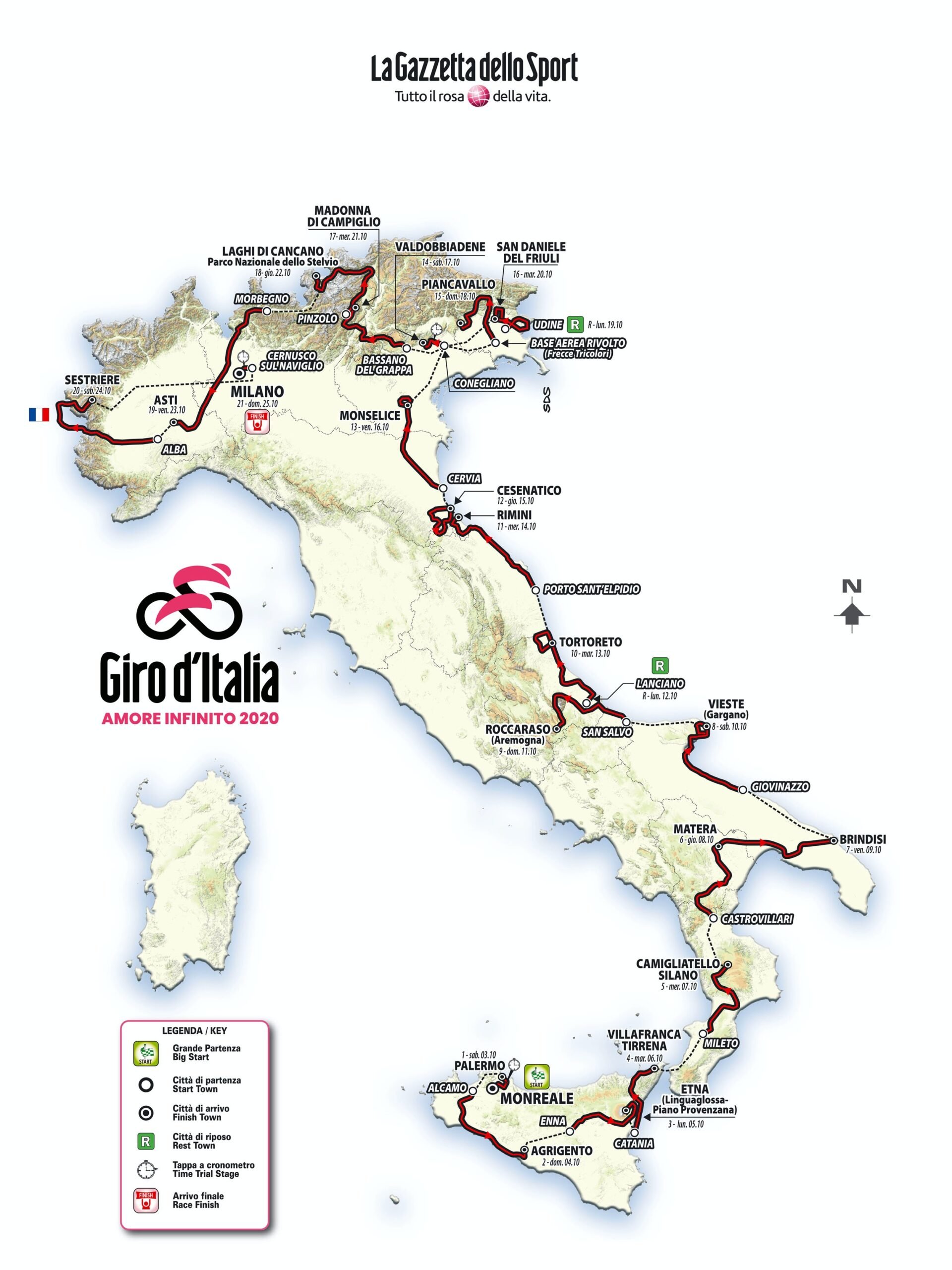 South gate of Po Delta Park, Cervia lies on the Adriatic coast, between Ravenna and Rimini.

Cervia has successfully gained the environmental EMAS certification thanks to its green areas and its harmonic touristic development and the important “Bandiera Blu (Blue Flag)” award (clean waters). Surrounded by more than 300 hectares of pinewood and 827 hectares of salt pans (well managed by a visitors center), it is a natural oasis with a large bird population. 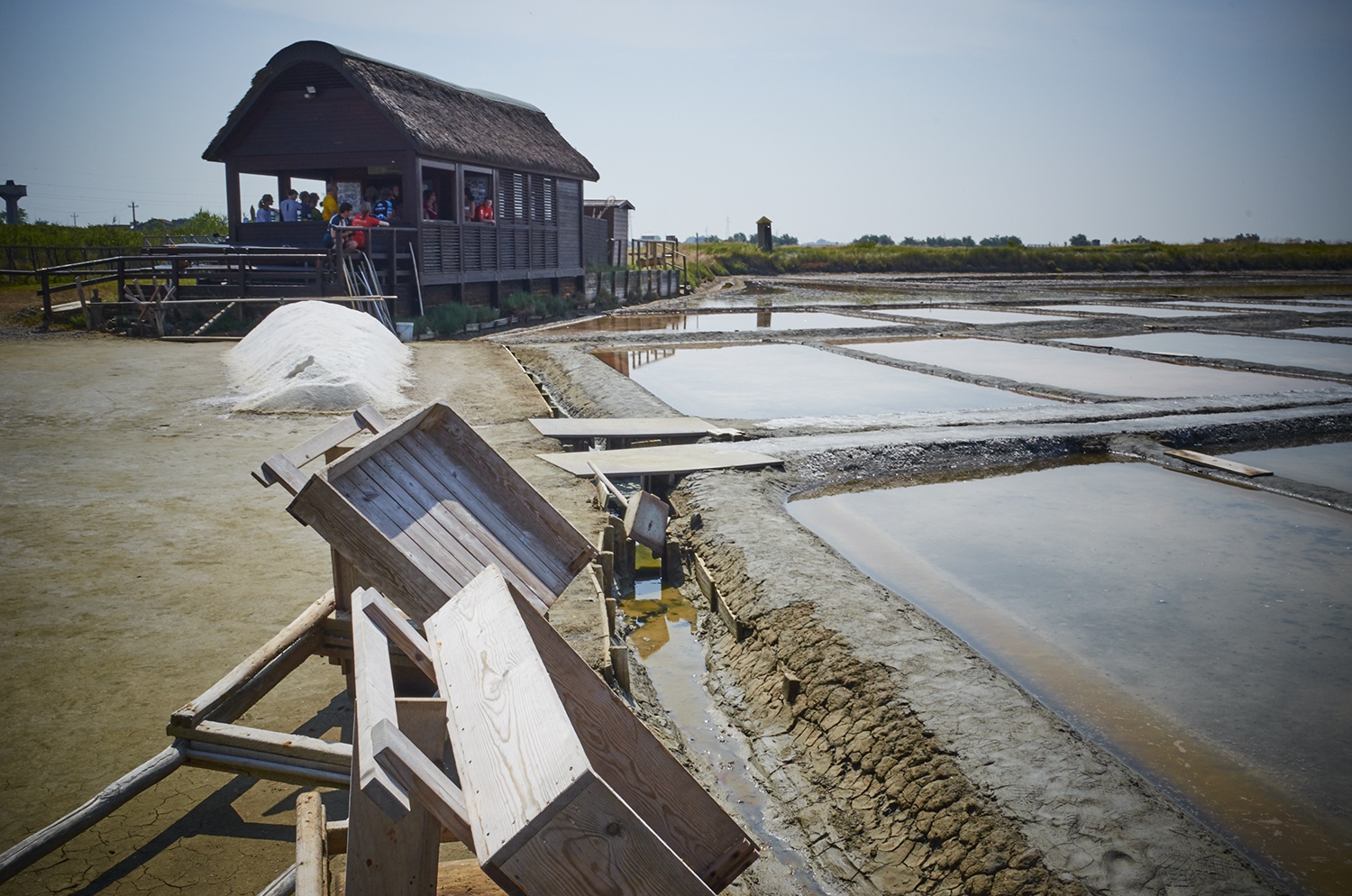 Already around 1000 BC, Este was a Paleovenetian settlement. It grew up along the banks of the river Adige. And it was here that the first true civilization sprang up, a strong and dynamic culture which struck up trade links with the various populations to the north and south.

In the 1st century B.C. 'Ateste' became a Roman military colony, after which, following the barbarian invasions and flooding during the Middle Ages, was left abandoned for a long period. Only at around the turn of the millennium did it undergo its transformation into the cradle of a new culture by the Estensi family, the ruling Dukes of Ferrara, Modena, and Reggio Emilia. In the 14th century it passed into the hands of the Carraresi of Padua, and in 1405 to the Venetians, who left their imprint on the city with several typical buildings.

The first sight to strike the visitor to the city are the imposing stone walls which encircle the city for around 1 km, punctuated by 12 towers and two keeps.

Monselice is a picturesque little town in the northeastern Veneto region of Italy. It is located at the edge of the Euganean Hills (Colli Euganei) in the Province of Padua (Padova). Since the town is strategically clustered around an easily-defendable hill, its origins go back a long way.

Archaeology has discovered evidence of settlement here in the Bronze Age and earlier, and there was a Roman town on the site, but Monselice's most important incarnation began under the Lombards and Franks, when it was a stronghold ruling over a large area.

After crossing the Canale Bisatto, turn back to see Villa Pisani, an attractive Palladian building. Other landmarks are the defensive town wall and the castle.

Visit the other sites on our Lake Garda to Venice Lagoon Bike Tour.

The Conegliano-Valdobbiadene area in the province of Treviso, Veneto, lays just below the Alpine-Dolomite areas of Veneto and before the Venice lagoon plain. Its position provides a climate for autochthonous variety of grape (Glera). The Conegliano Valdobbiadene area is the home of the best Prosecco, an extra dry sparkling white wine.

The historic center of Conegliano, on a hillside, is compact, and although the town has more recently sprawled over the plain below, it still retains a welcoming small town feel. A well-preserved castle is its main landmark. 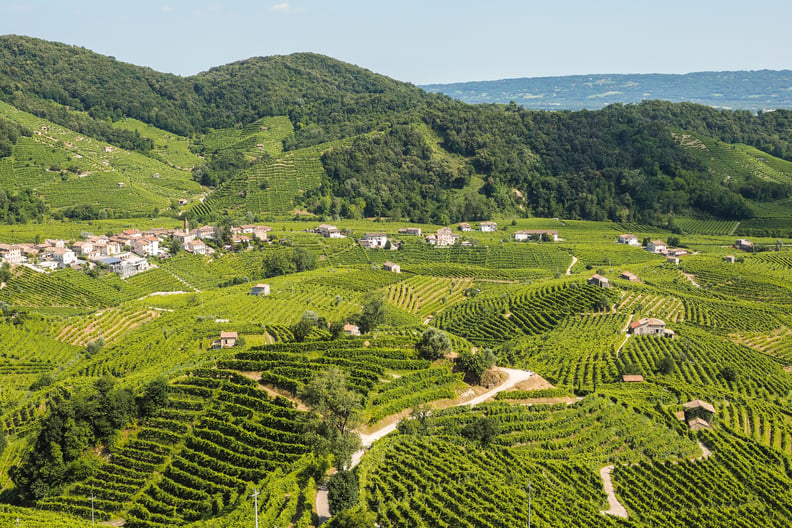 The hills of Prosecco Superiore

Valdobbiadene probably owes its name to the Piave, or rather to the fact that it is located between the two branches in which, in ancient times, the river divided, as the toponym “Duplavilis” suggests. It boasts a quaint town center but the reason people travel there is the Prosecco hills.

Visit Conegliano and Valdobbiadene on our Grappa and Prosecco Bike Tour (new for 2021; details coming soon!)

Tucked away in the northeast corner of Italy, in the province of Udine and close to the borders of Austria and Slovenia, lies the historic and beautiful town of San Daniele.

It’s popular with tourists during its annual Aria di Festa each year in June, when music and laughter fill the streets and visitors flock from all over Europe to experience this unique event devoted to Prosciutto di San Daniele. 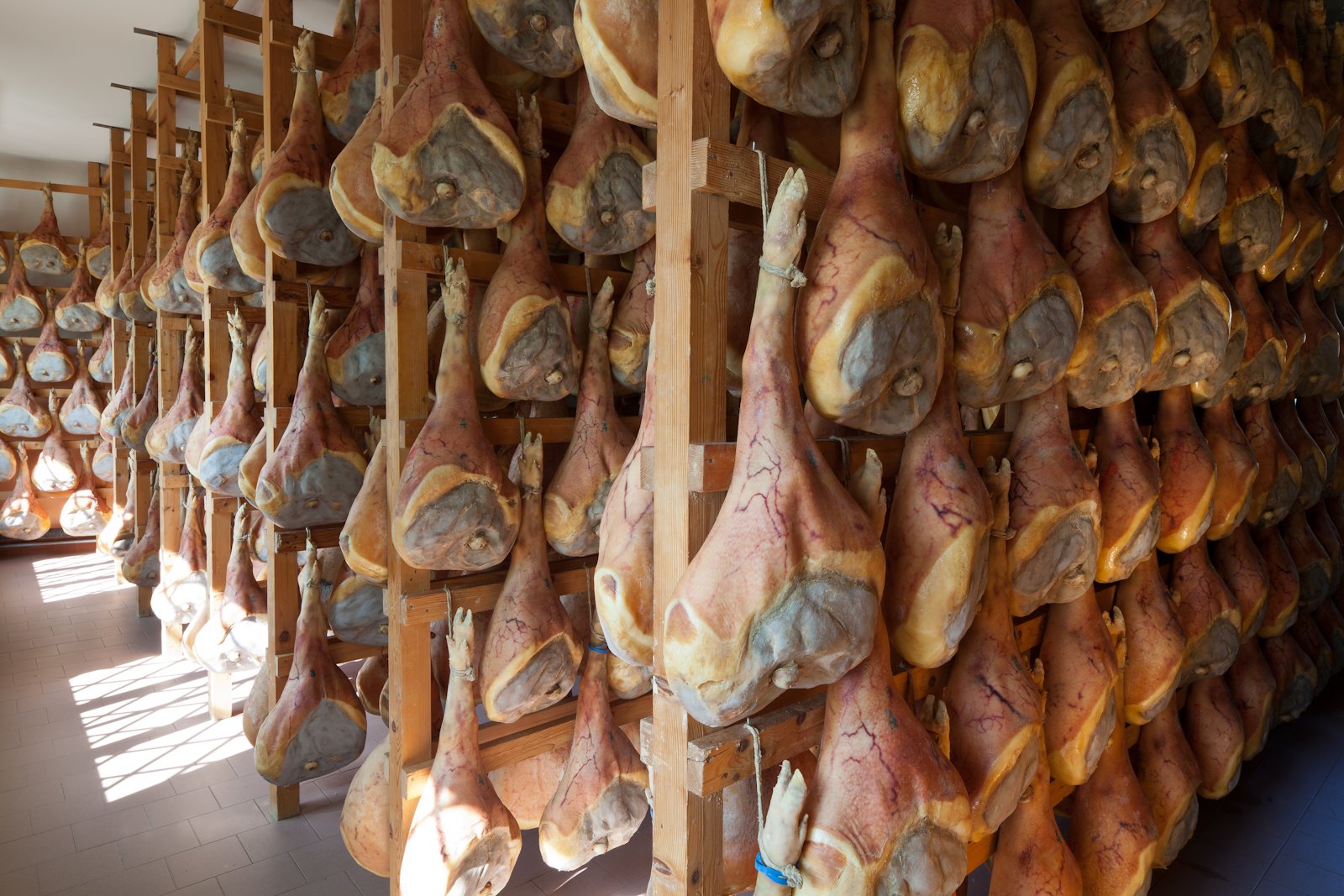 San Daniele ham is still only and exclusively made within the city limits of the municipality of San Daniele del Friuli. This is the heart of Friuli, and more precisely it is in the hills located halfway between the Carnic Alps and the Adriatic Sea, where the Tagliamento River runs.

Cividale del Friuli is a picturesque small town in the Friuli-Venezia Giulia region of northeastern Italy.

Cividale is most famous for its Lombard history, and a past which was more exalted that its sleepy present-day atmosphere suggests. Cividale's official history begins on a precise date: 50 BC, when the town was founded by Julius Caesar. Named Forum Julii, it later gave its name, with the pronunciation mangled, to the whole Friuli region. In the sixth century, when Lombard warriors headed south into Italy, they established one of their early capitals here at Cividale. Two hundred years later, the region's religious power, the Patriarch of Aquileia, transferred his patriarchate here. So, for several centuries Cividale was the base for first temporal and then religious authority in the area, and the city's richest monuments and artifacts are a legacy of that era. Later, nearby Udine grew in importance and Cividale is now just a pleasant market town with a lovely setting and some fine sights to attract tourists driven there by the UNESCO World Heritage listing due to the Longobard past (Tempietto Longobardo).

We like the fifteenth-century bridge crossing a shallow gorge, which at one time seemed so remarkable that it was named the Ponte del Diavolo (Devil's Bridge.)

Visit these sites on our Friuli Chef Bike Tour and our award-winning Friuli and Slovenia Plus Tour.

Bassano del Grappa, plants its feet firmly straddling all the various passes of its history and thus creates a harmonious whole. It's dominated by the massif of Monte Grappa.

The two periods which give the area is characteristic aspect are the Middle Ages and the Renaissance. Bassano has always been a highly active mercantile center. From the manufacture of textiles to the making of paper and ceramics, the town continues undaunted in its traditions, preserving the same care and attention to its magnificent monuments.

Almost nothing has changed these days, as Bassano takes great pride in the worth of its heritage.

A stroll under the porticoes and through the lanes and squares leads us past Renaissance palaces and medieval churches. At the hub of everything lie the two squares, Piazza Garibaldi and Piazza della Libertà. The main symbol of the town is the Ponte Vecchio (also known as the Ponte degli Alpini), rebuilt many times but always remaining faithful to Palladio’s 16th century original.

The Val di Non valley is known above all for its fragrant apples grown at high altitudes. An enchanting scenery with quaint villages and mighty mountains is the perfect background for great skiing, hiking, and cycling.

The Val di Non valley stretches between Mezzocorona and the Adige Valley, along the Noce River to Lake Santa Giustina and further along the banks of Rio Novella to San Felice in the province of Bolzano.

Passo dello Stelvio is one of the highest paved mountain roads in Italy and has been part of cycling history since the Giro d'Italia passed over it for the first time in the 1950's. Passo Stelvio is located in the Adamello Mountain Group and marks the regional boundary between the regions of Trentino Alto Adige and Lombardy.

There is evidence that the a path was used as far back as the Bronze Age as a route to get from what is now Tyrol to Italy.

In more modern days, the Austrians wanted a road to give them clear communication between Austria, the Val Venosta and Italy through the region of Valtellina. The Italians were rebellious and control was impossible without a pass through the Dolomites. Plans to build the pass were made in 1813, but they were abandoned. In 1820, the Hapsburgs made another attempt and with 2,000 workers they completed the engineering marvel in 1825.

After WWI South Tyrol became part of Italy and now the entire pass is in Italian territory.

Challenge yourself on our Dolomites with Stelvio Pass Tour.

Alba, the capital of the Langhe (Piedmont) has about thirty thousand inhabitants and is located on the right side of the Tanaro River.

Founded over two thousand years ago, this town has often been invaded and plundered over the centuries, but it still preserves its ancient churches and some of its medieval towers which proudly rose above the houses and gave Alba the name, the “Town of a Hundred Towers."

The historic center of Alba begins in via Cavour, a street which is rich in medieval buildings (Artesiano’s Tower, the Merchants’ Lodge and an aristocratic fortified building with lancet windows) leading to the Cathedral square. Via Vittorio Emanuele (or Via Maestra) is the main street of Alba; it crosses the entire old town and ends in Piazza Savona.

Giacomo Morra (1889-1963), also known as “the King of Truffles,” was a local who devised the first marketing operation of the 20th century by creating the myth of the white truffle and, as a result, the fame of Alba in the whole world. Alba is also the wine capital of the Langa region and it enjoys streams of wine tourists and for the past 10 years a growing interest in cycle tourism.

Colle dell'Agnello is a mountain pass in the Cottian Alps, (French-Italian Alps) which links the Queyras valley (Hautes-Alpes) with Pontechianale in the province of Cuneo.

Despite being the highest international pass of the Alps, Col Agnel (as its called in French) is somewhat unknown and not heavily used. It is one of the many passes suggested as the route taken by Hannibal in his march, with elephants, to attack Rome at the start of the Second Punic War and a modern-era plaque, mounted on a rock on the French side, commemorates the event. It's one of the infamous climbs that is sometimes part of the Giro d'Italia and Tour de France routes.

The legendary Izoard Pass (Col d'Izoard), made famous by the Tour de France, reaches 2,361 mt  (7,746 ft) at its peak. Open from June to November, Izoard Pass marks the transition between the Briançonnais and Queyras regions. Near the pass on the Queyras side, don't miss the unusual, lunar-like scenery of the famous Casse Déserte wilderness and the Fausto Coppi and Bobet memorial. 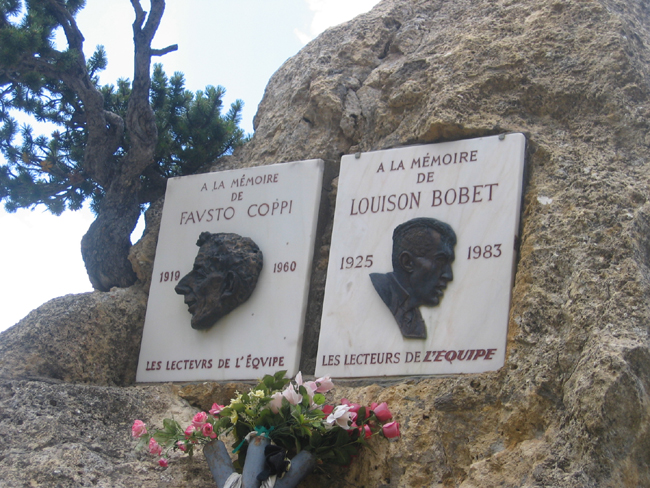 Cycle these famous passes on our Bike Tour of the Western Alps.

I hope you've enjoyed this trip from Cervia to the two corners of the Alps. Here are some useful links and the link to button to out tour lineup where you can actually ride these places: 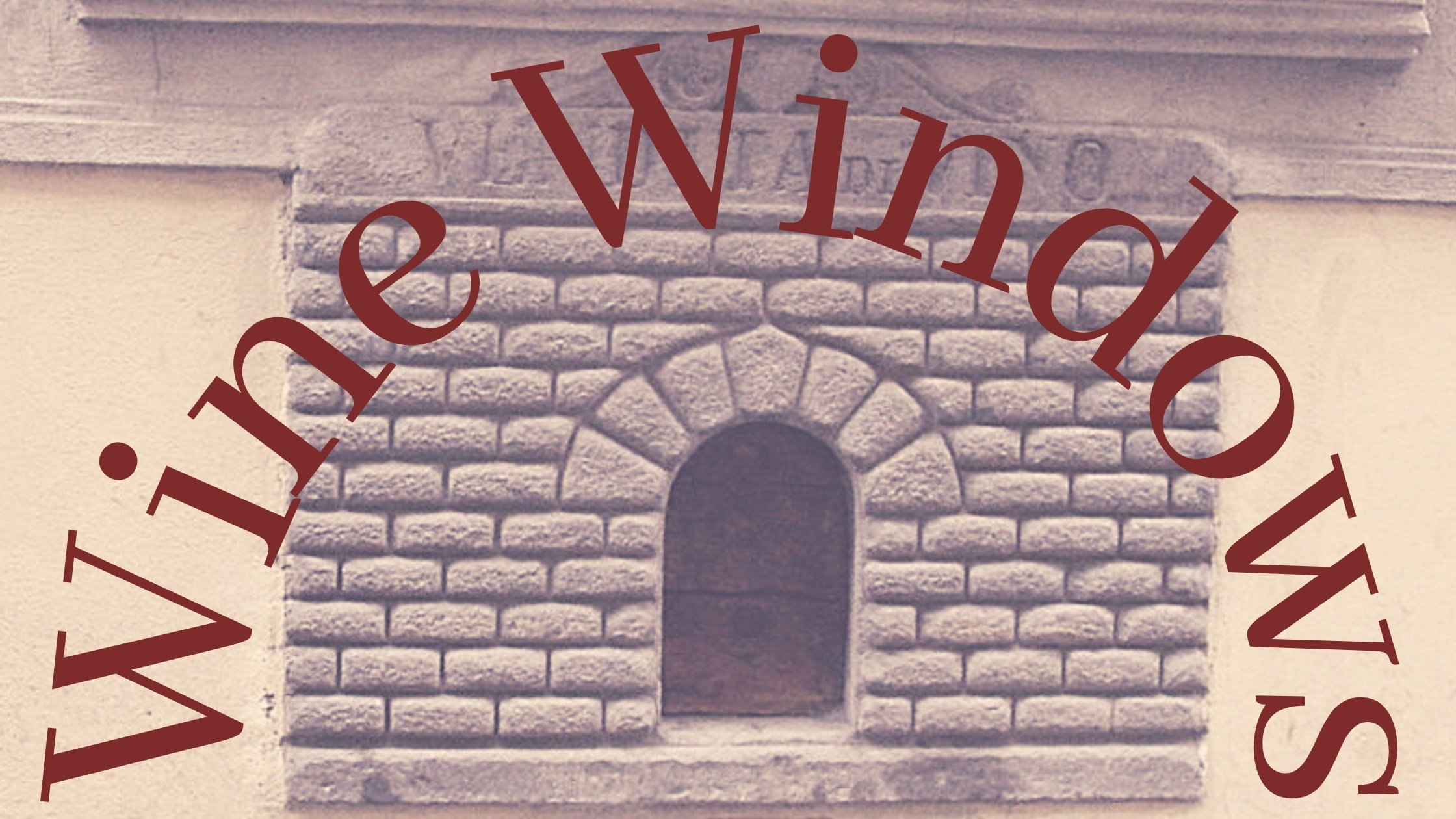 Little Doors of Paradise: the Wine Windows of Florence 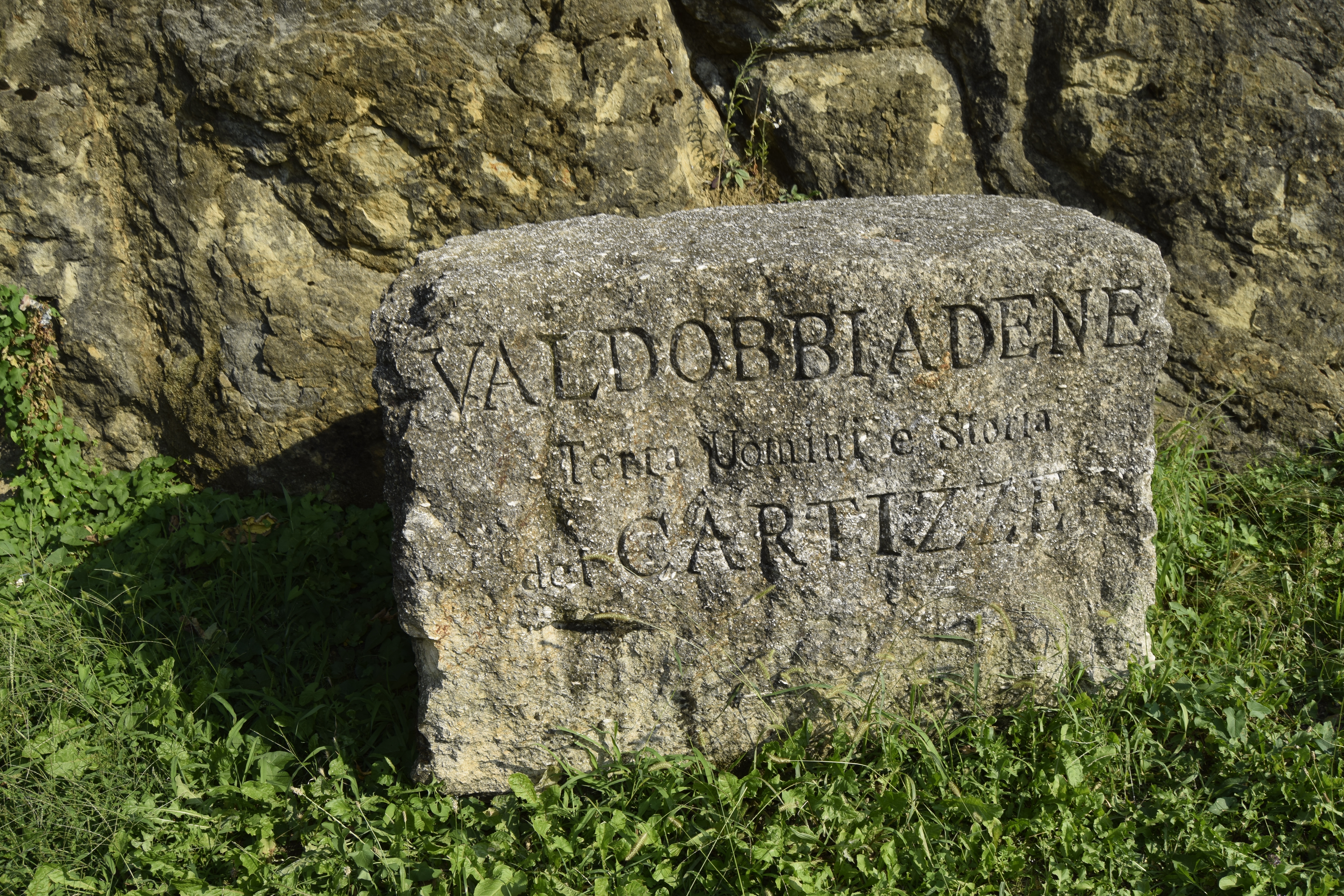 Cycling in Veneto: The Grappa and Prosecco Tour 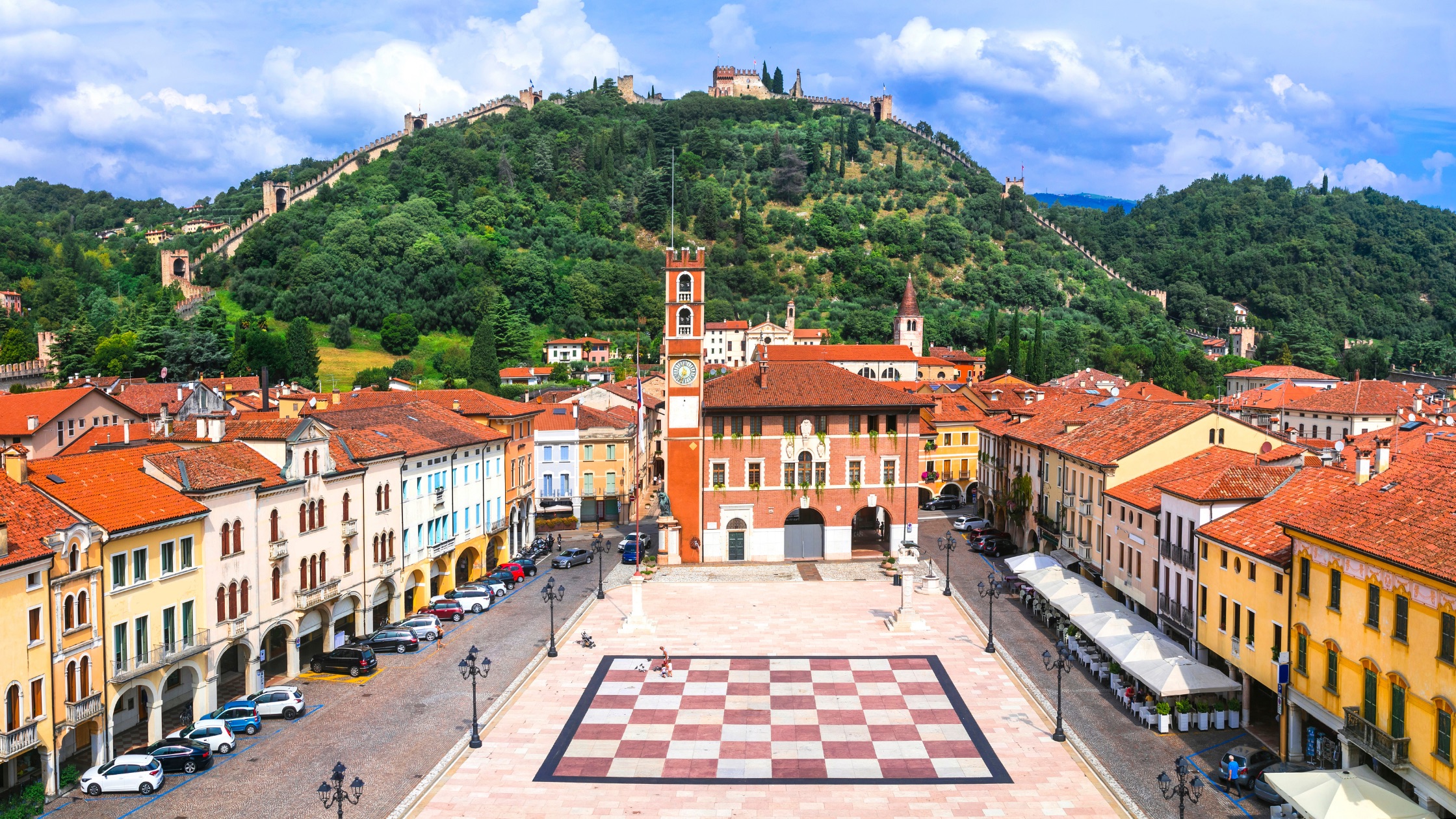 Marostica: The City of Chess